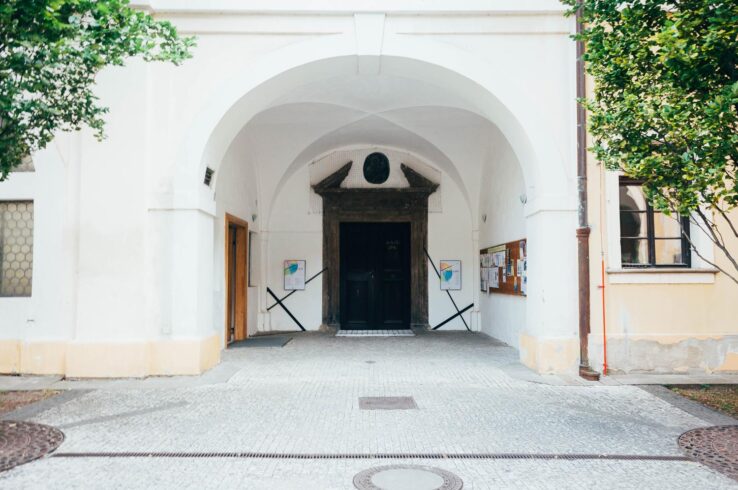 Take Care festival is a result of a dialogue between the artistic platform Karavana and the members of fransiscan order based in Prague. Several works of Czech visual artists, lectures and performances were reacting to the Pope Francis’ appeal from his second encyclic, Laudato si, “On care for our common home“. In collaboration with graphic designer we developed visual identity for this event.

The artworks appeared both in the arcade of the franciscan cloister and in the public garden that originally was owned by the order. The visual design tries to navigate visitors between several locations and various artist’s approaches and convey the overall theme: research of the relation between human and his contemporary environment.