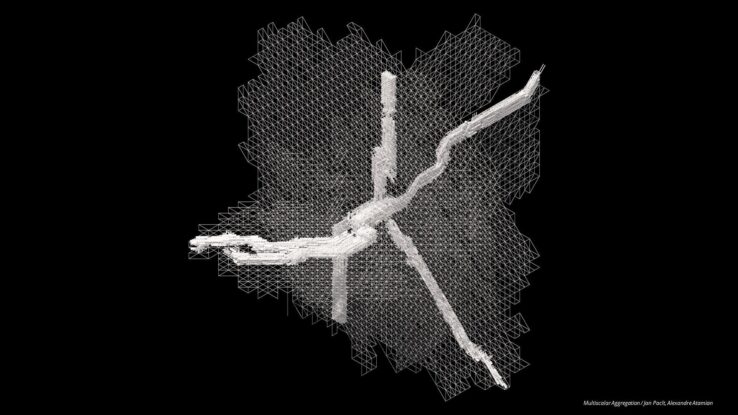 The assemblage contains a hierarchy that enables both systems to grow and support each other. The connection is not only on the aesthetical level but roots in topology of each system and their very nature.

Through a set of connection rules (heuristics) a macro scale assemblage is grown so it is structurally coherent and provides certain spatial potential. After that the assemblage is analysed and based on its topology several connections routes are established, across the structure. These areas are then populated by a micro scale system that exploits the potential by material and almost tangible qualities.